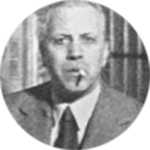 Architect and designer Paolo Buffa studied at the Brera Fine Arts Academy before graduating from the Polytechnico di Milano.  He began working at his father’s highly acclaimed glassmaking workshop, before collaborating with the Gio Ponti and Emilio Lanci practices, where he got his first start in the design world.  Buffa then quickly struck out on his own and opened a practice with Cassi Ramelli in 1928.  It was during this year that Ponti’s new architecture and design publication Domus devoted a full page to an exquisite Buffa rosewood dressing table.  Buffa employed renowned artisans who used fine craftsmanship to create his furniture designs, most prominently Mario Quarti and Angelo Marelli.  Two years later, both Buffa and Ramelli exhibited at the Milan Triennale.  In 1945, Buffa displayed some of his pieces at the inaugural furniture exposition held in Como by Ico Parisi.  The following year, he was one of the designers whose works were displayed at the reconstruction trade fair, held in the Milan churchyard, alongside designers such as Gio Ponti, Guglielmo Ulrich, Cassi Ramelli and Antonio Quarti, Jr., with whom he would become great friends.  In 1947 and 1948 he displayed at the exhibition curated by Fede Chieti, first in Milan, then in Paris.  Buffa’s work was featured in many international specialist trade publications between the 1930s and 1950s. 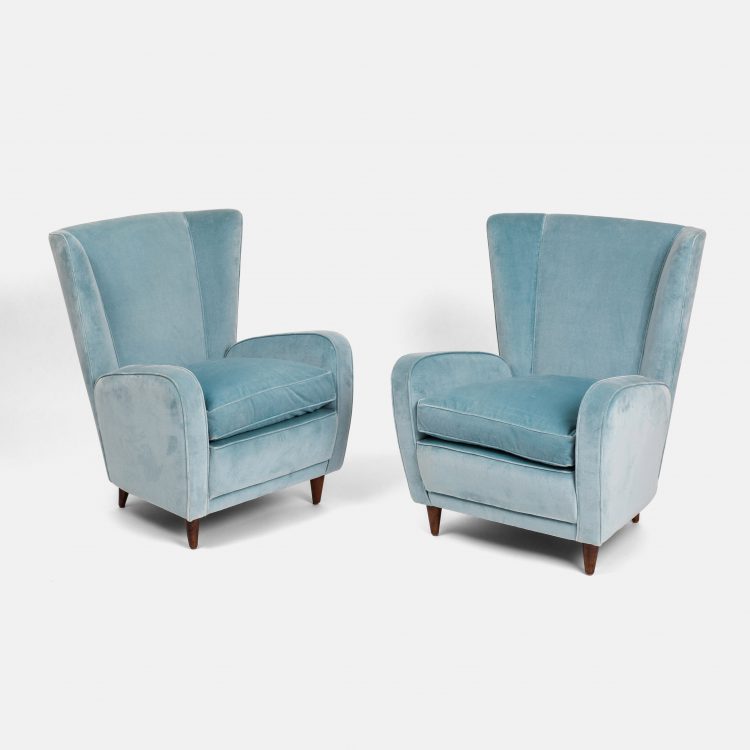 Paolo Buffa
Pair of Lounge Chairs
Italy, circa 1950
Back to top