Max Ingrand attended the École nationale supérieure des Arts Décoratifs in Paris. In 1927 he began working in the studio of Jacques Grüber, the famous master glass artist known for his exquisite polychrome stained-glass windows. In 1931 Ingrand married Paule Rouquie (also a decorative arts graduate) and together they opened their own workshop specializing in stained-glass windows, etched panels and decorated mirrors.  Their works were presented in the French section of the Milan Triennale in 1936 and at the Paris World’s Fair in 1937.  Some of their major commissions included the transatlantic liner Normandie, Royal Palace of Rumania in Bucharest, and Baron Empain’s villa in Brussels.  During WWII Ingrand was held in a prisoner-of-war camp; then shortly after the war, divorced his first wife Paule and remarried Marie-Alberte Madre-Rey.  Ingrand resumed work at his studio which he enlarged to accommodate his flourishing business.  Besides the artistic stained-glass window sector, Ingrand expanded his professional undertakings to include lighting and home furnishing, producing in small series or on commissions.

In 1954 Ingrand took over the position of artistic director at Fontana Arte – an artisan glass company specializing in impeccably crafted lighting and modern home furnishings – on the recommendation of Gio Ponti who had long since known and admired his work. Ingrand substantially changed the selection of products to meet the demands of the day, yet remaining faithful to the company’s tradition of artistry and workmanship established by Pietro Chiesa who preceded him. Most evident was the growth of the lighting sector with the introduction of new, avant-garde models made with expert use of glass, oftentimes colored on Ponti’s insistence.  Besides design and production, Ingrand also focused much attention on Fontana Arte’s image utilizing his talents as a decorator to create beautiful spaces, including the refurbishment of the shops in Milan and Rome and Fontana Arte’s exhibition at the Milan Fair in 1958.

Traveling back and forth from Paris to Milan, Ingrand continued working in his own successful studio back home. Ingrand was also president of the Société des Artistes Décorateurs (SAD). Collaborations in various sectors included religious stained-glass windows, interior design, theatres and industries. Some of his major architectural commissions included the Saint-Gobain factory, the entrance hall of the RTF (Radio-Television Française), the Peugeot building, the swimming pool on the transatlantic liner France, and the fountains at the Round-Point on the Champs-Elysées.

Although his role as artistic director at Fontana Arte ended in 1967, Ingrand continued to be active in Paris.  He founded a new company, Verre Lumière, in partnership with Saint-Gobain manufactory and the French Mazda lamp company as he continued to pursue research in lighting in connection to architectural design. 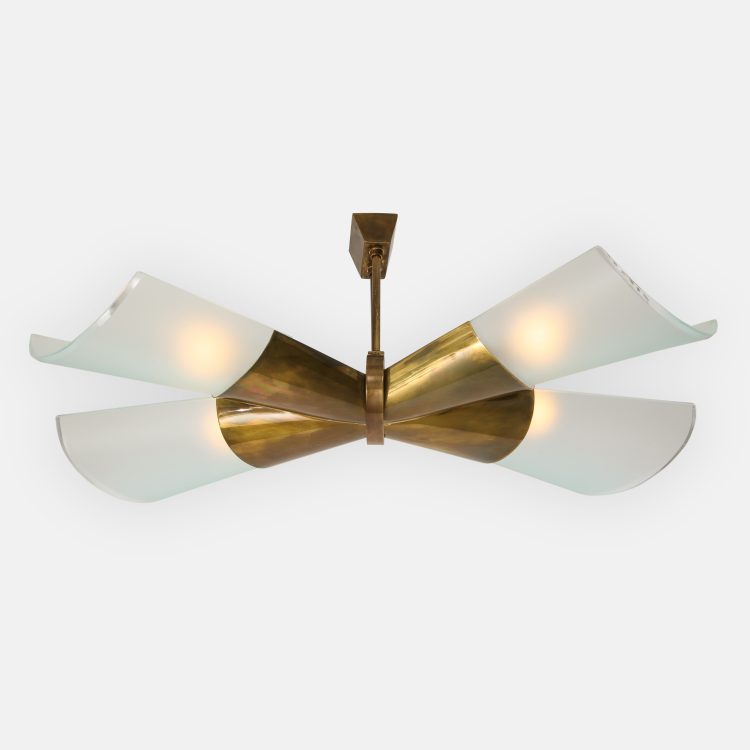 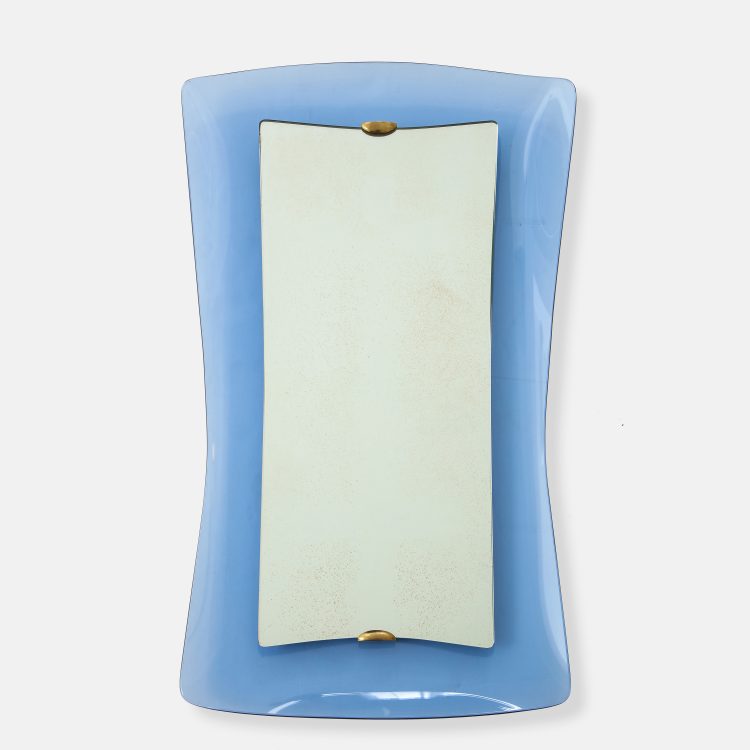 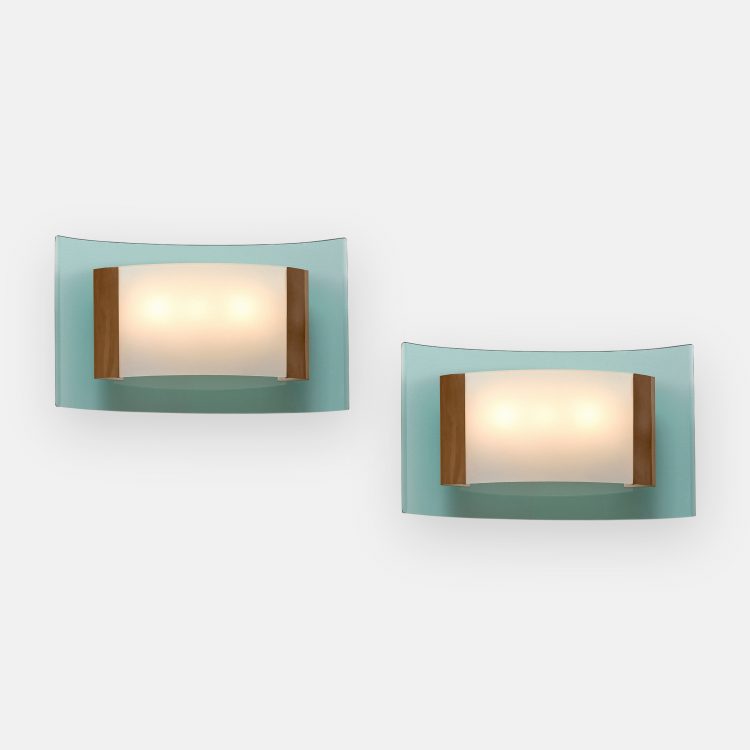 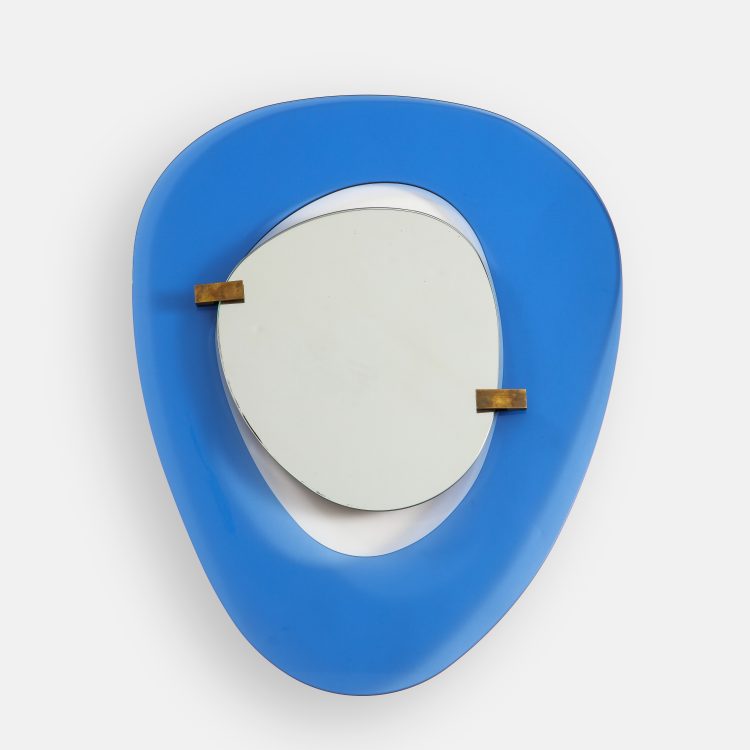 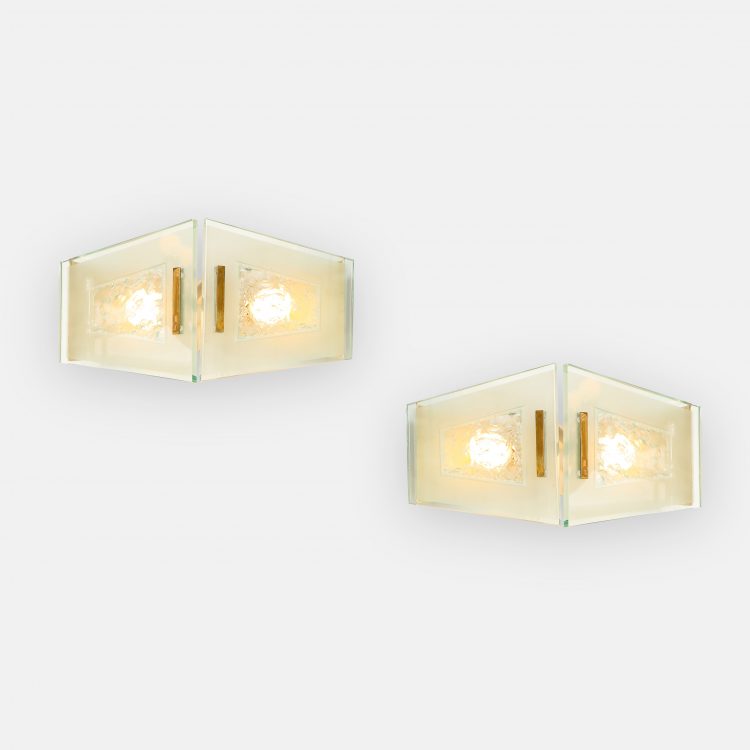 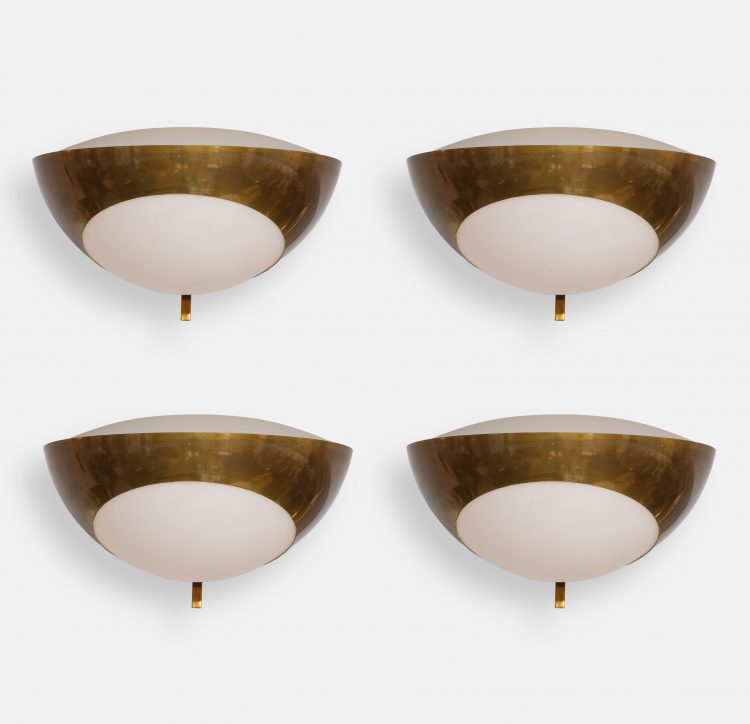 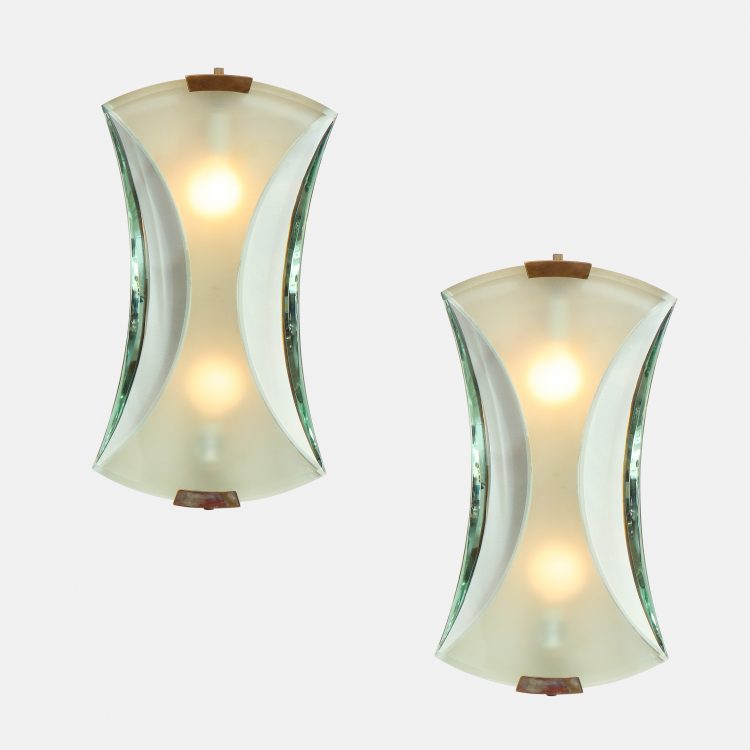 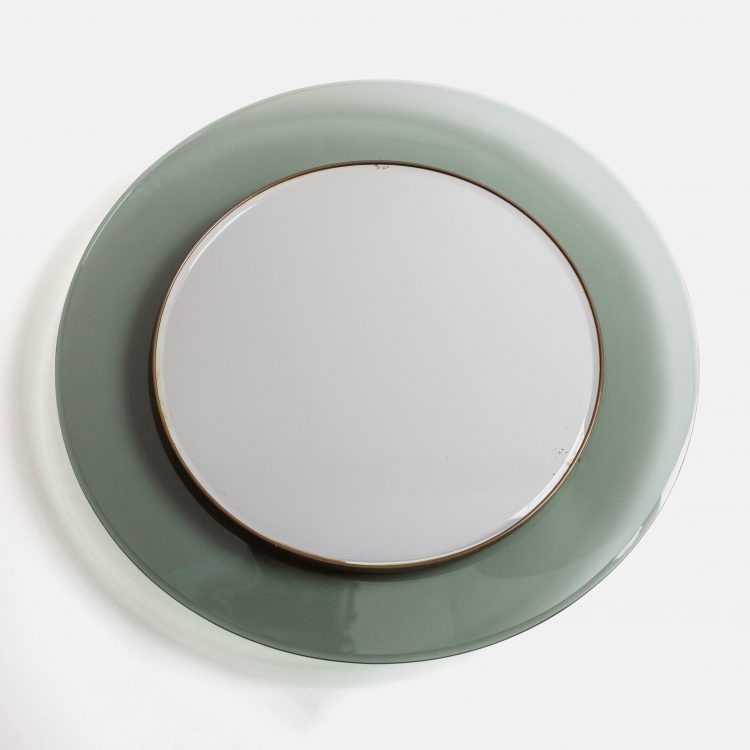 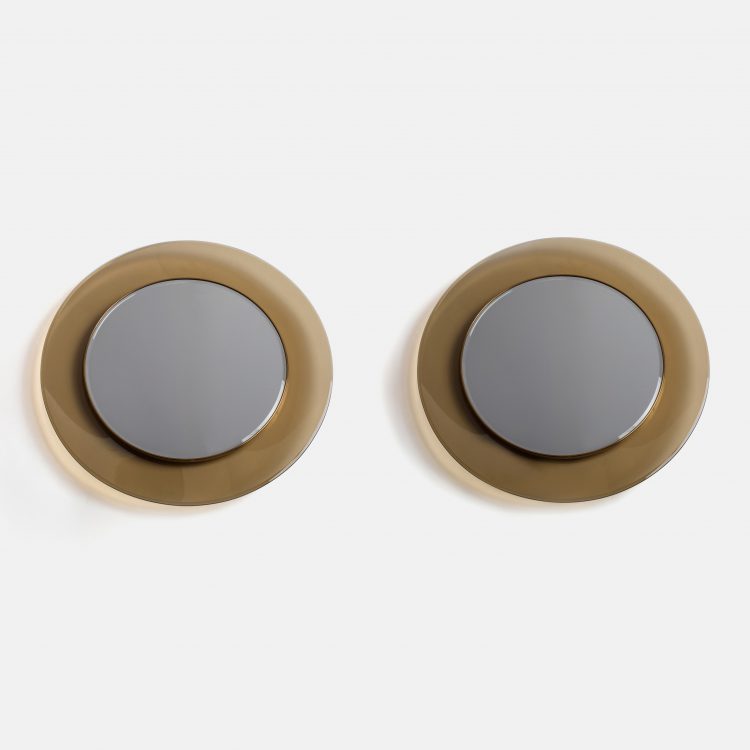 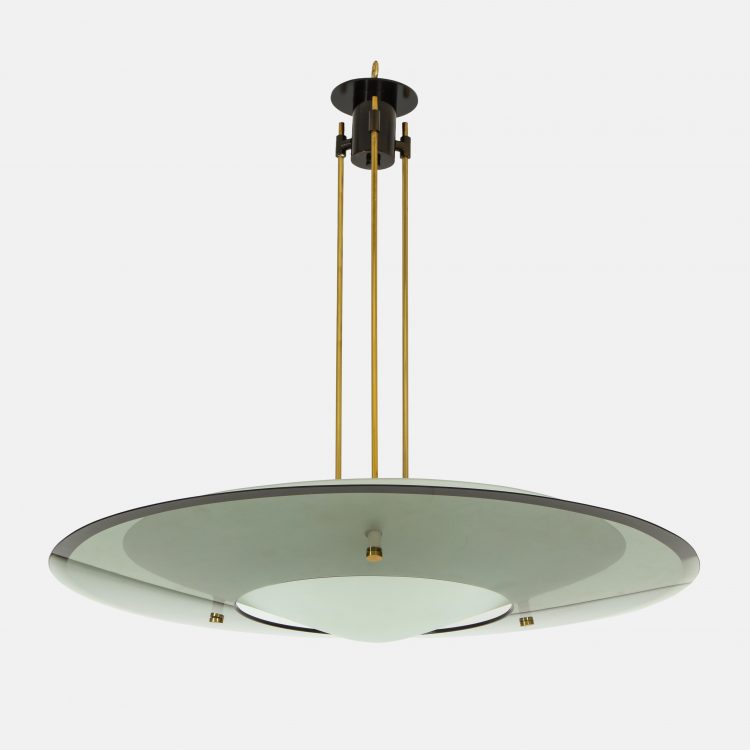 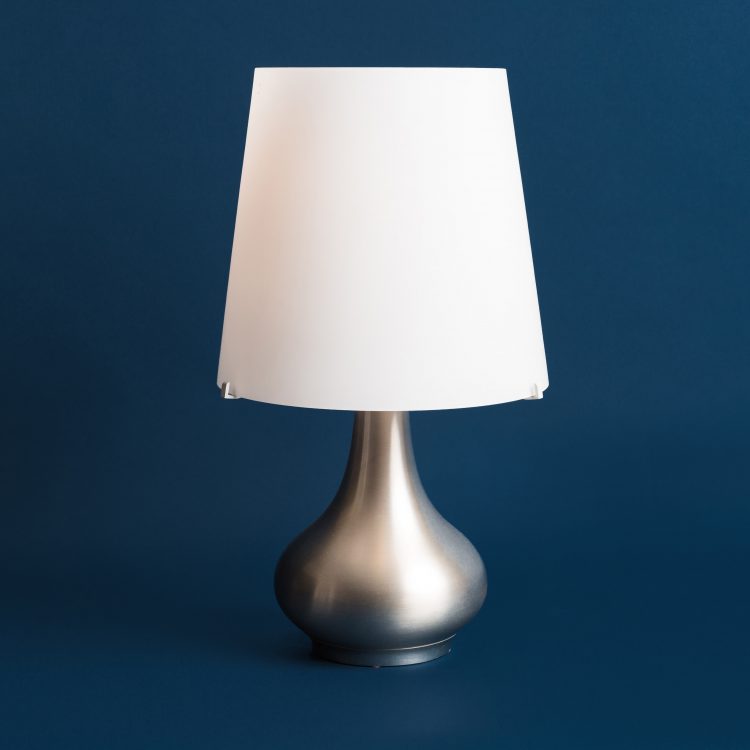 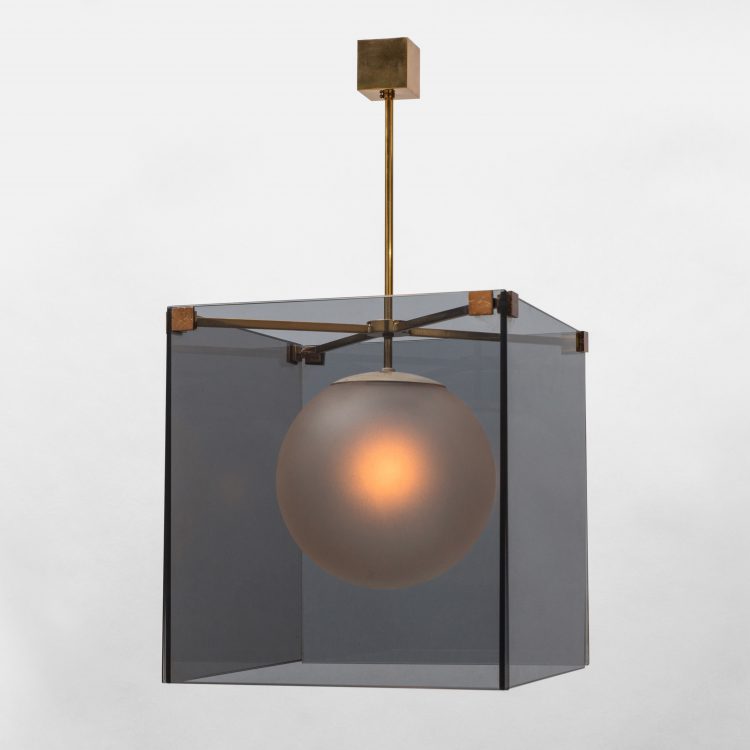 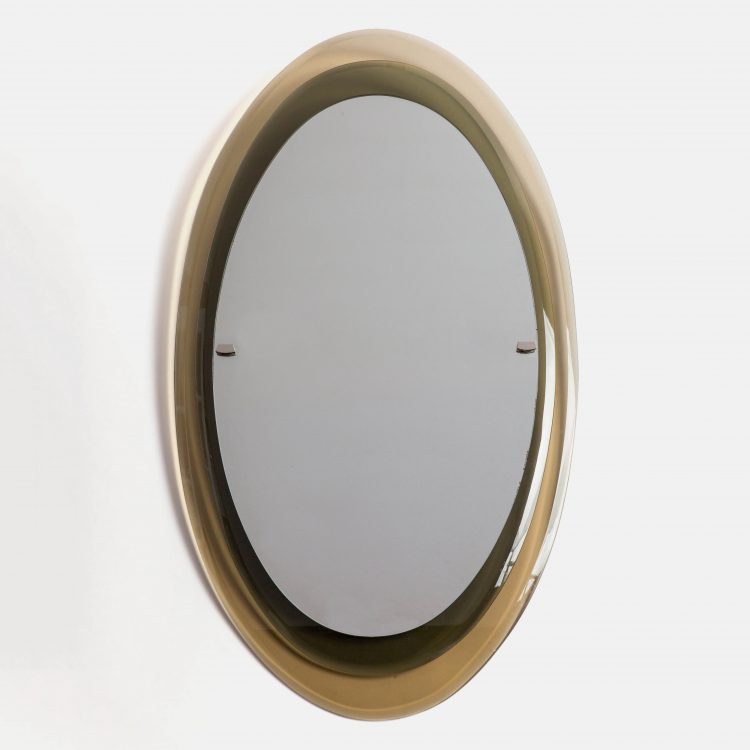 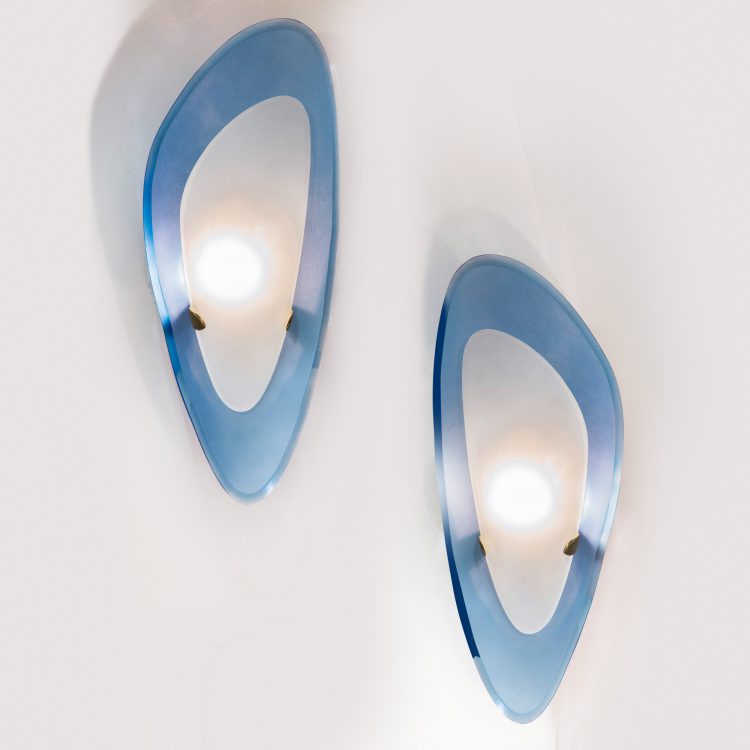 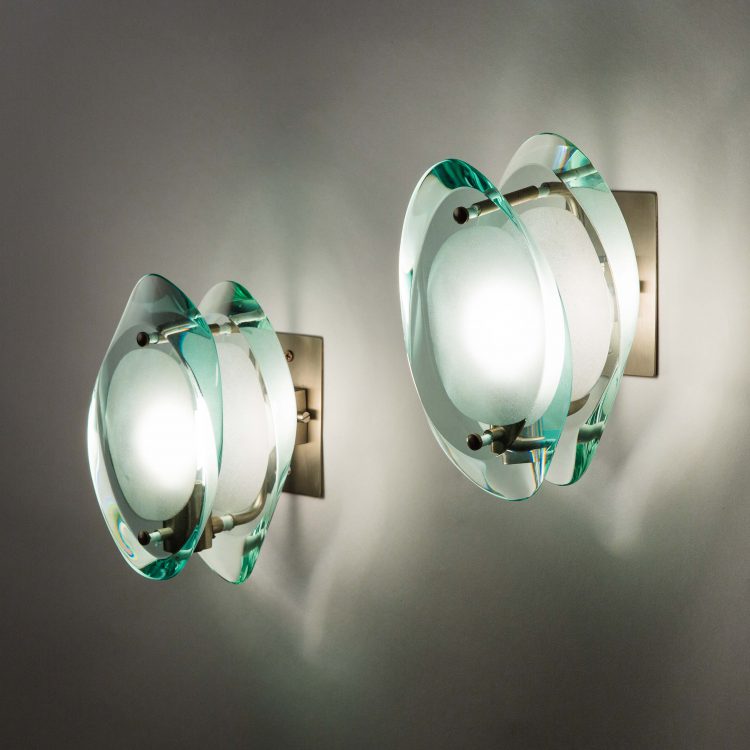 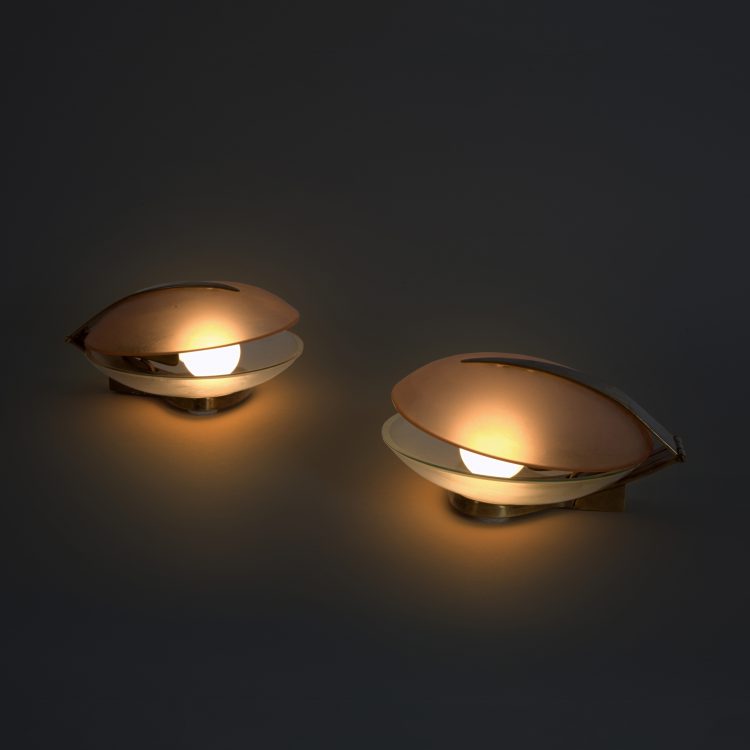 Max Ingrand for Fontana Arte
Rare Pair of Sconces
Italy, circa 1955
Back to top