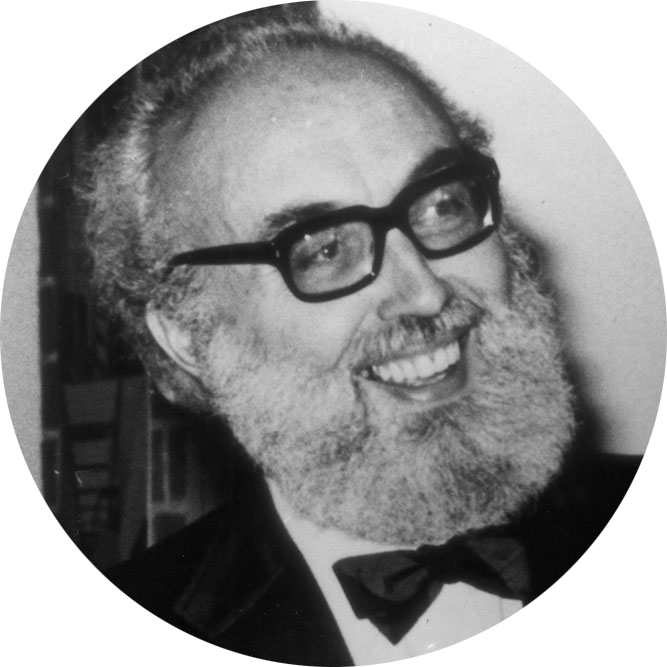 Angelo Mangiarotti was an architect, urban planner, designer and artist whose works beginning from the early 1950s have become points of reference for the world of architecture, engineering, design and art and have earned him awards in Italy and abroad.

Mangiarotti graduated in architecture from the Politecnico di Milano in 1948.  Between 1953 to 1954 Mangiarotti was a visiting professor for the Illinois Institute for Technology.  During this time, he met Frank Lloyd Wright, Walter Gropious, Mies van der Rohe and Konrad Wachsmann, all of whom were influential in his personal as well as professional growth.  In 1955 Mangiarotti returned to Italy and opened his own architectural and design consulting firm in Milan with Bruno Morassutti until 1960, producing designs for stackable shelving units, tables, a chewing gum dispenser (1958) and the well-known Section clock (1960).  Mangiarotti became a member of the ADI (Associazione per il Disegno Industriale) in 1960 and town planner, experimenting with pre-fabricated constructions and reinforced concrete in the International Style. For Vetreria Vistosi, he designed the Giogali lighting range in 1967, which feature interlinked bent glass loops forming a dense reticular tissue of transparent glass.  Mangiarotti’s functionally-based yet sculptural product designs, such as the single-form self-skinning polyurethane IN chair (1969) for Zanotta and his glass vases and marble bowls (1969 and 1970s) for Knoll, are notable for their high-quality finishes and his skillful handling of materials.  In 1989 he founded the firm Mangiarotti & Associates based in Tokyo.

As an architect, Angelo Mangiarotti is known for several buildings in the International Modern style, built with prefab elements of reinforced concrete. He designed the Mater Misericordiae church in Milan in 1957 and built a housing unit for several families there in 1959/60.

Mangiarotti has published numerous books, specialized magazines and newspapers.  He taught at different Italian and foreign universities, including the University of Hawaii (1970), École Politecnique Fédérale in Losanna, Universities of Palermo and Florence (1982 and 1984), and the Politecnico di Milano (1989-90). 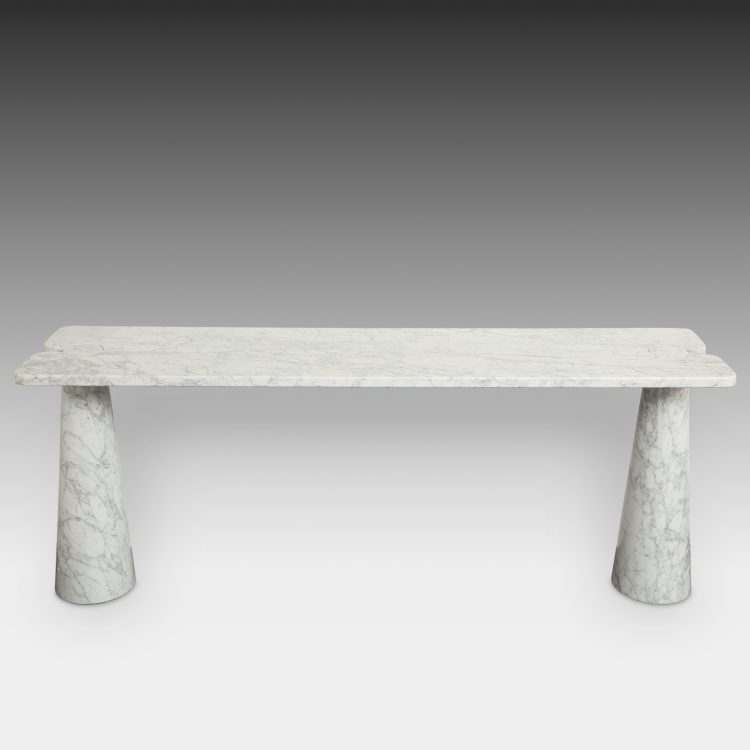 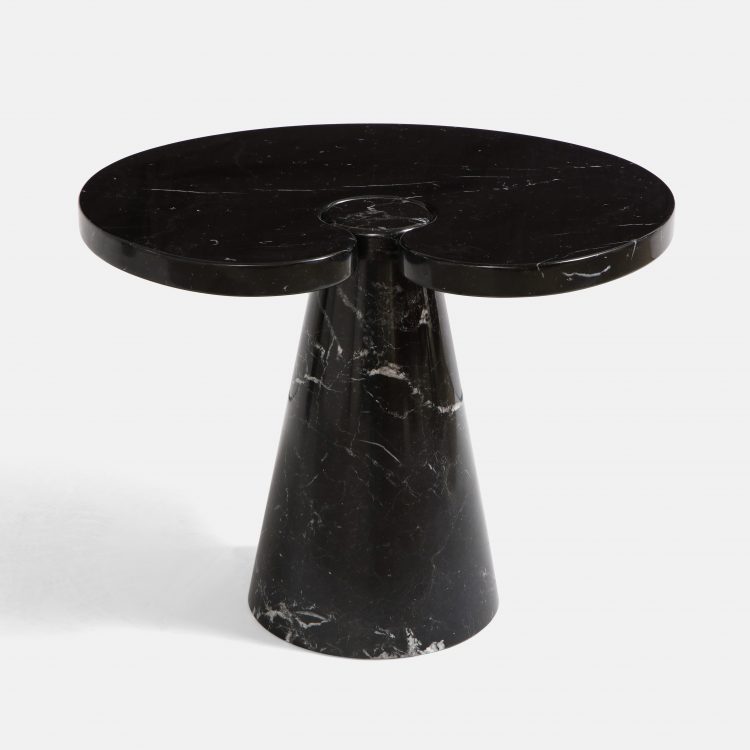 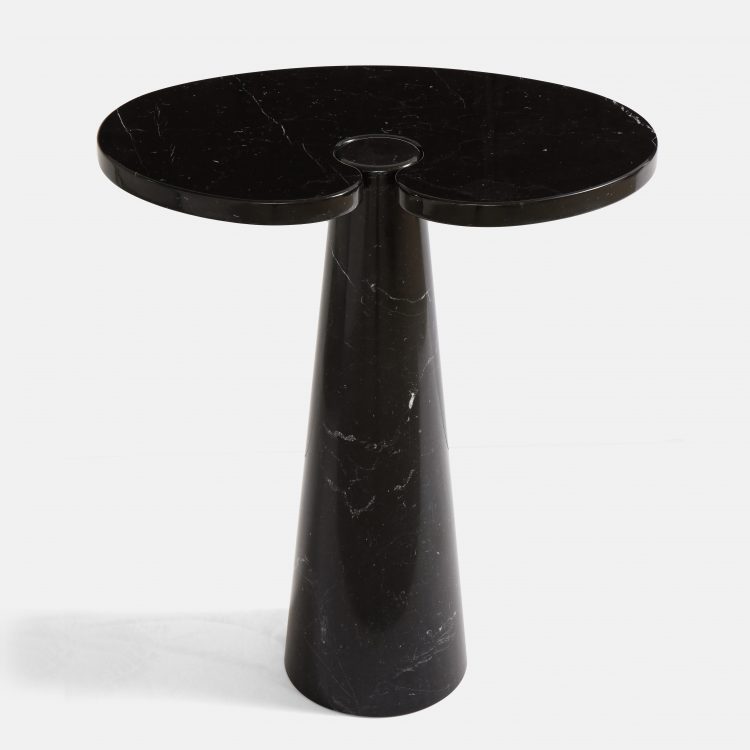 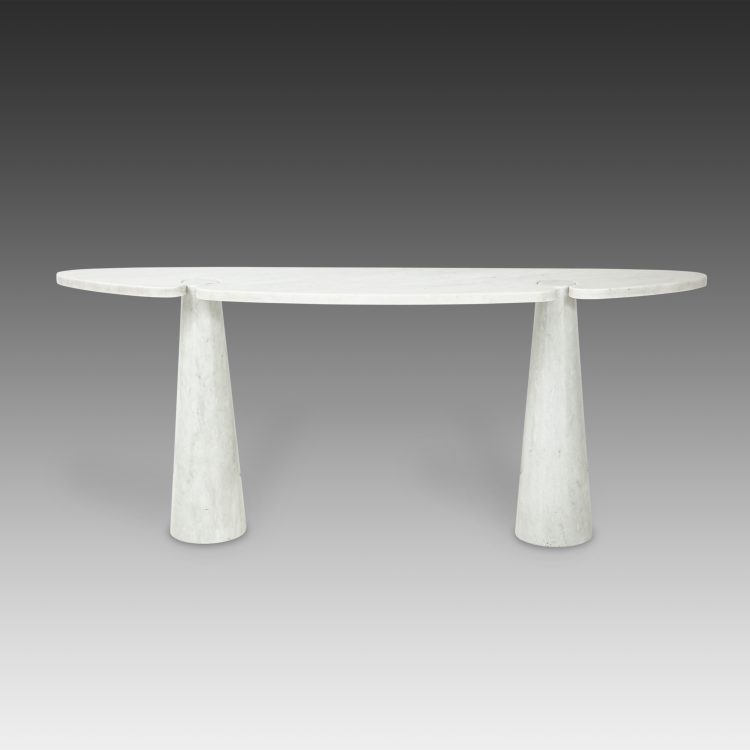 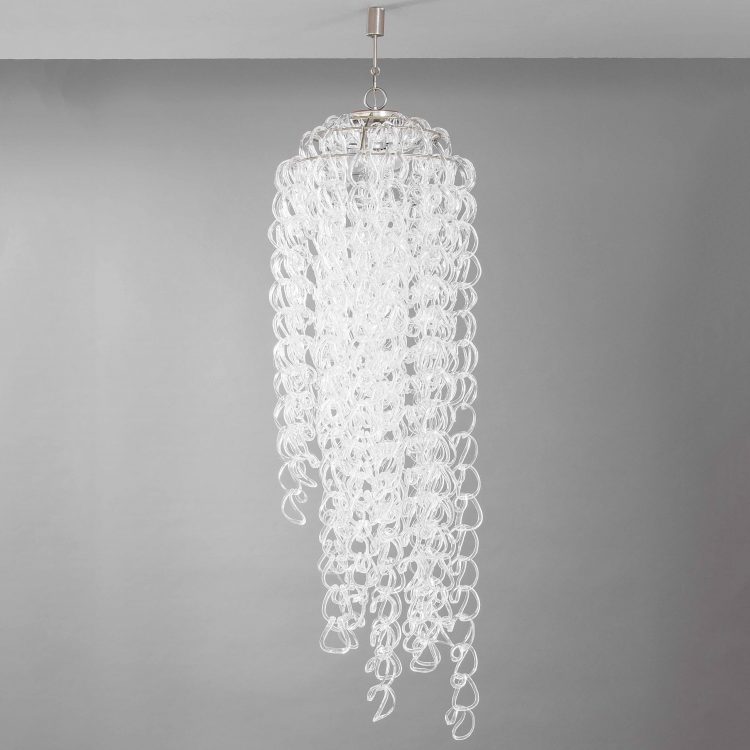 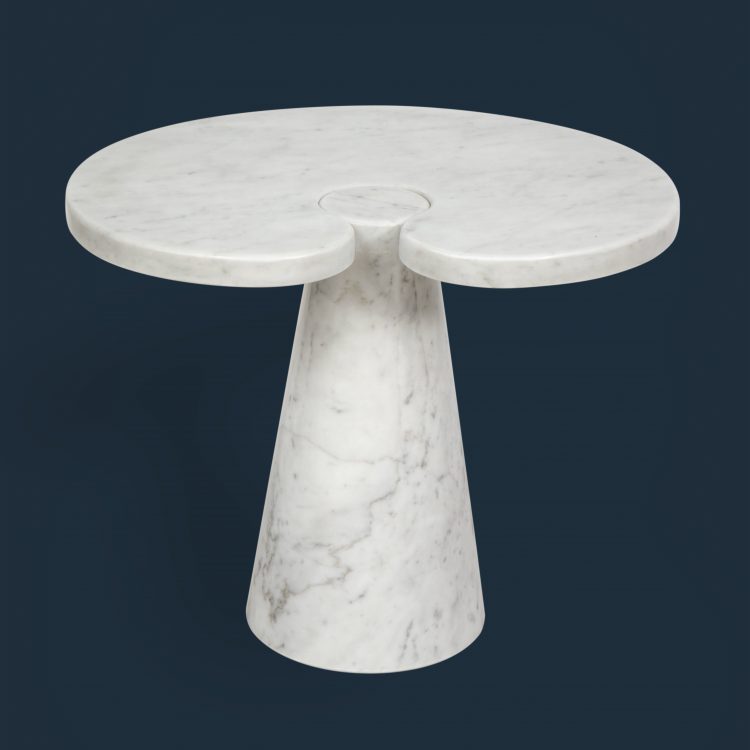 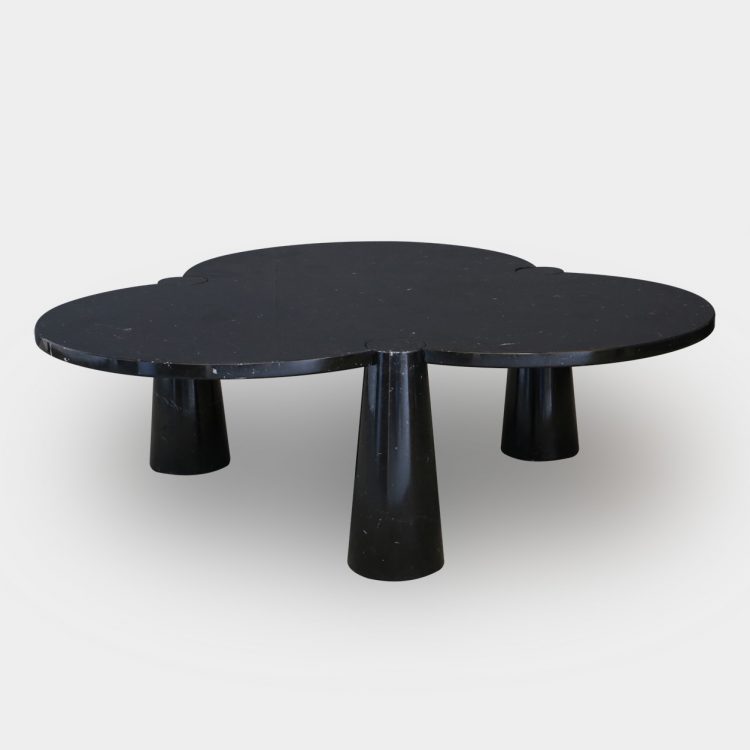 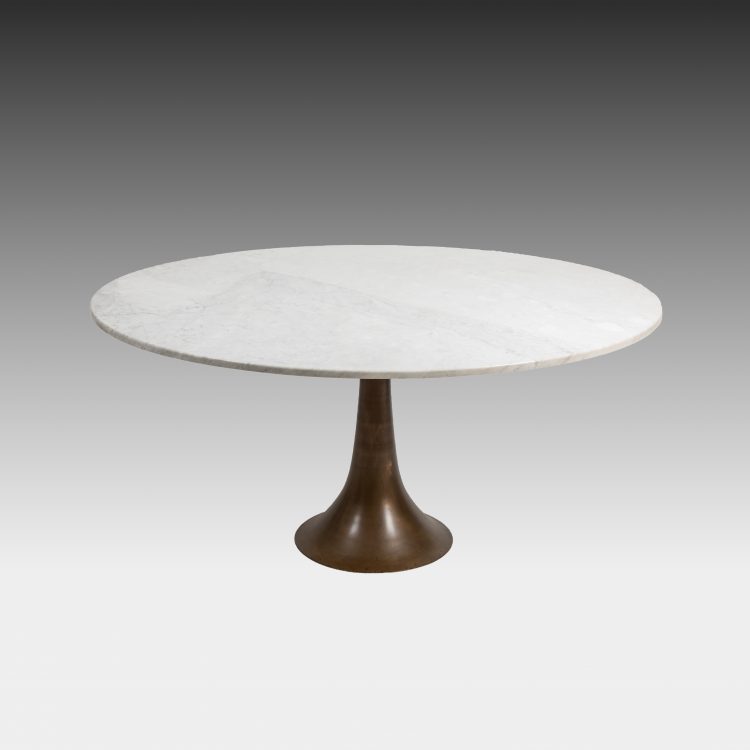 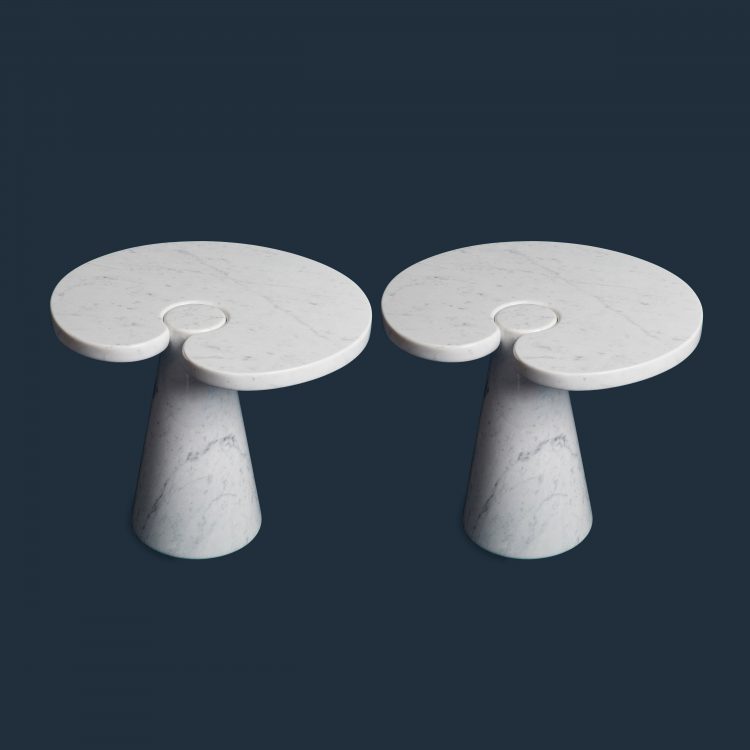 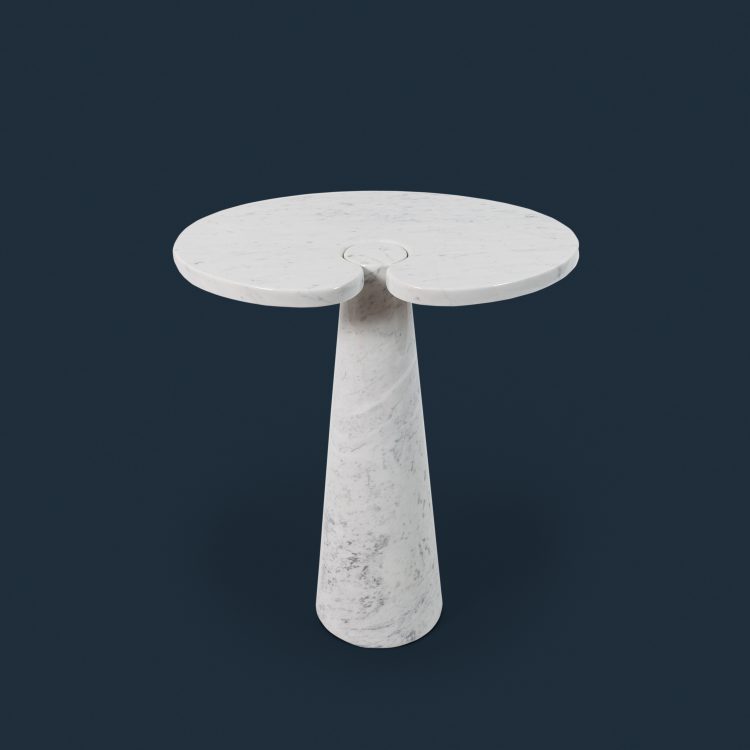 Angelo Mangiarotti for Skipper
Tall Side Table or Gueridon from ‘Eros’ series
Italy, 1971 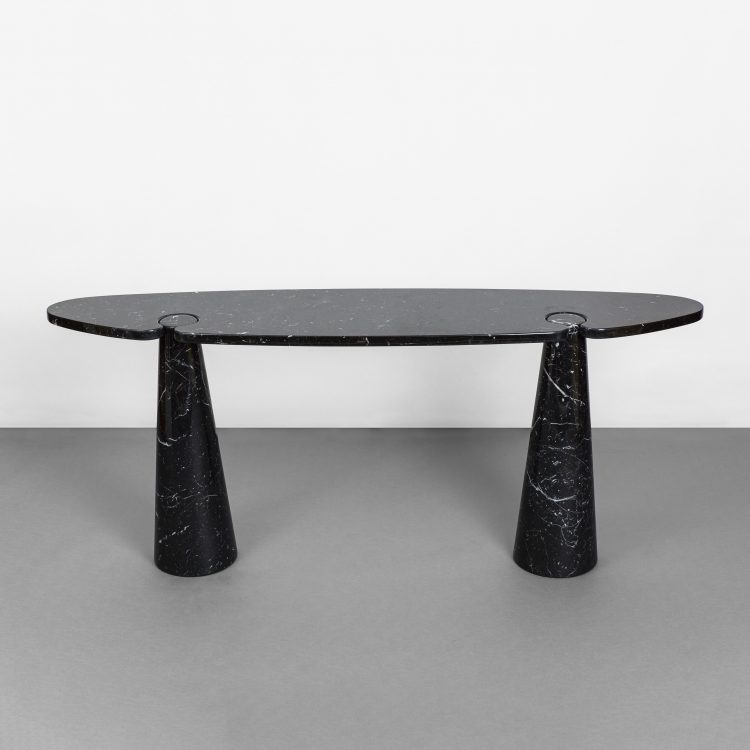 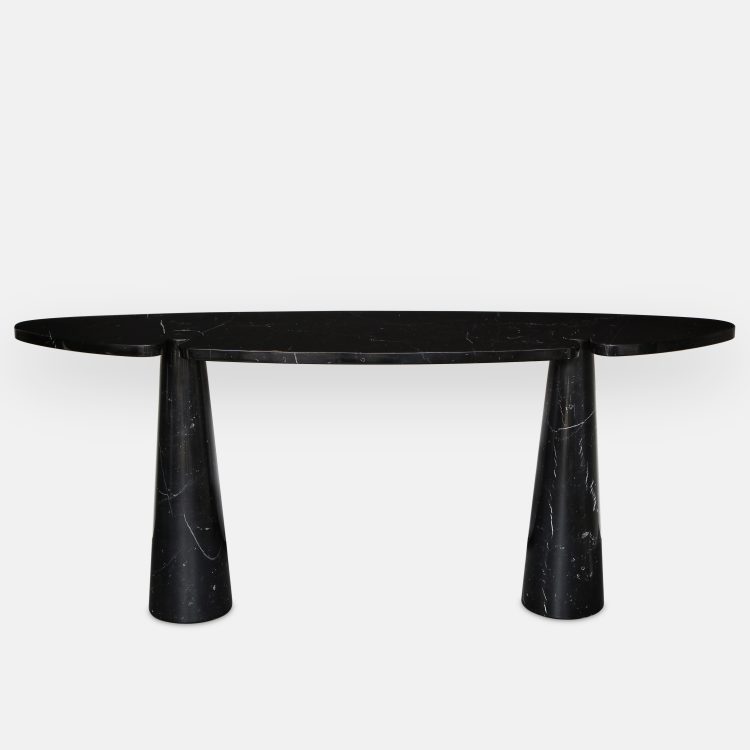