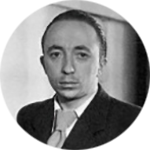 André Arbus was a furniture designer, decorator, architect and sculptor. Born into a family of Toulouse cabinetmakers, Arbus worked at his father’s workshop while studying at the prestigious École des Beaux-Arts. Upon graduating he took over his family’s business eliminating the traditional 18th century furniture styles with a range of more modern designs. Arbus made his début at the Paris Salons in 1926 and continued to show regularly at salons and galleries such the Salon des Artistes Décorateurs, the Salon d’Automne, the Exposition des Arts Décoratifs, and the Parisian gallery L’Epoch. In 1932 Arbus moved to Paris and opened his own gallery in 1935. The 1930s generated countless significant commissions and Arbus continued to show in numerous exhibits – among the most prestigious venues being the 1937 Exposition des Arts et Techniques and the 1939 New York World’s Fair – and garnered much critical acclaim and awards including the coveted Premier Prix Blumenthal in 1934. The post-war period brought in many commissions to furnish a number of Ministries beginning in 1936 with the interior for the French Ministry of Agriculture and including the rooms of the French Embassy in Washington, D.C. Arbus also created interior designs for luxury ocean liners including the jewel cabinet for Princess Elizabeth of England.

Arbus quickly established his reputation as an innovative furniture designer preferring to decorate his furniture with a combination of finely grained veneers, parchment, galuchat, lacquer or bleached animal hide. The furniture’s frame, often in sycamore with key plates and mounts in metal, evoked the sumptuousness of Classicism of the French Empire yet with stronger more angular forms and dramatic proportions. 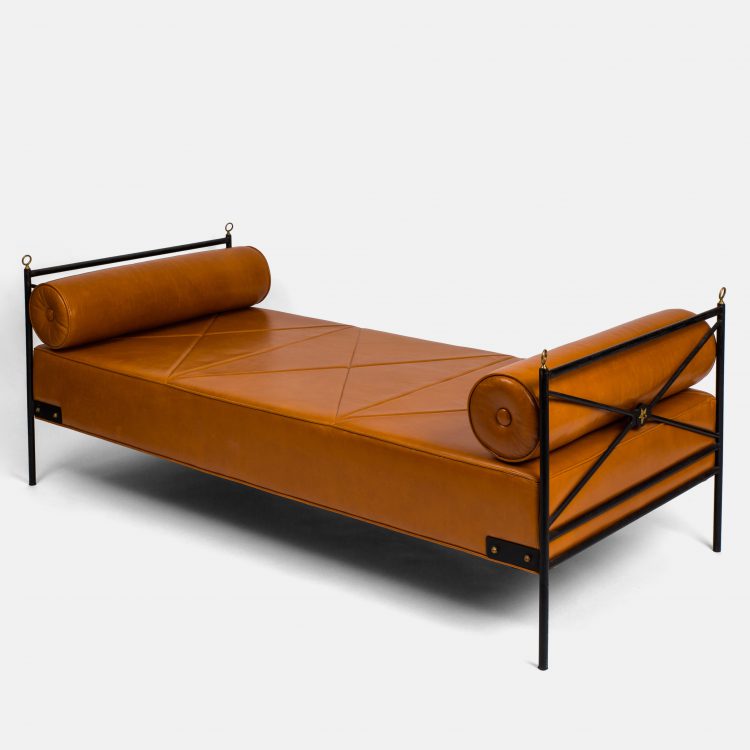 André Arbus, attributed to
Daybed
France, 1940s
Back to top